When approaching Žirovnica, one’s eyes are immediately drawn to the impressive façade of the surge tank. It is a hallmark of the image of Žirovnica and one of the most beautiful viewpoints in the village. The surge tank can be reached on foot from the old village centre, and there is an option to continue your walk along the sunny ridge above the villages beneath Mt. Stol or in the shady Završnica valley.

Attractions along the way:

The trail begins at Čop’s Birth House, where you can park and pick up a copy of a map and information. On weekdays it is also possible to see the interesting museum collection exhibited in the building.

Signs lead to a meadow above the village, where it’s impossible not to spot the surge tank. 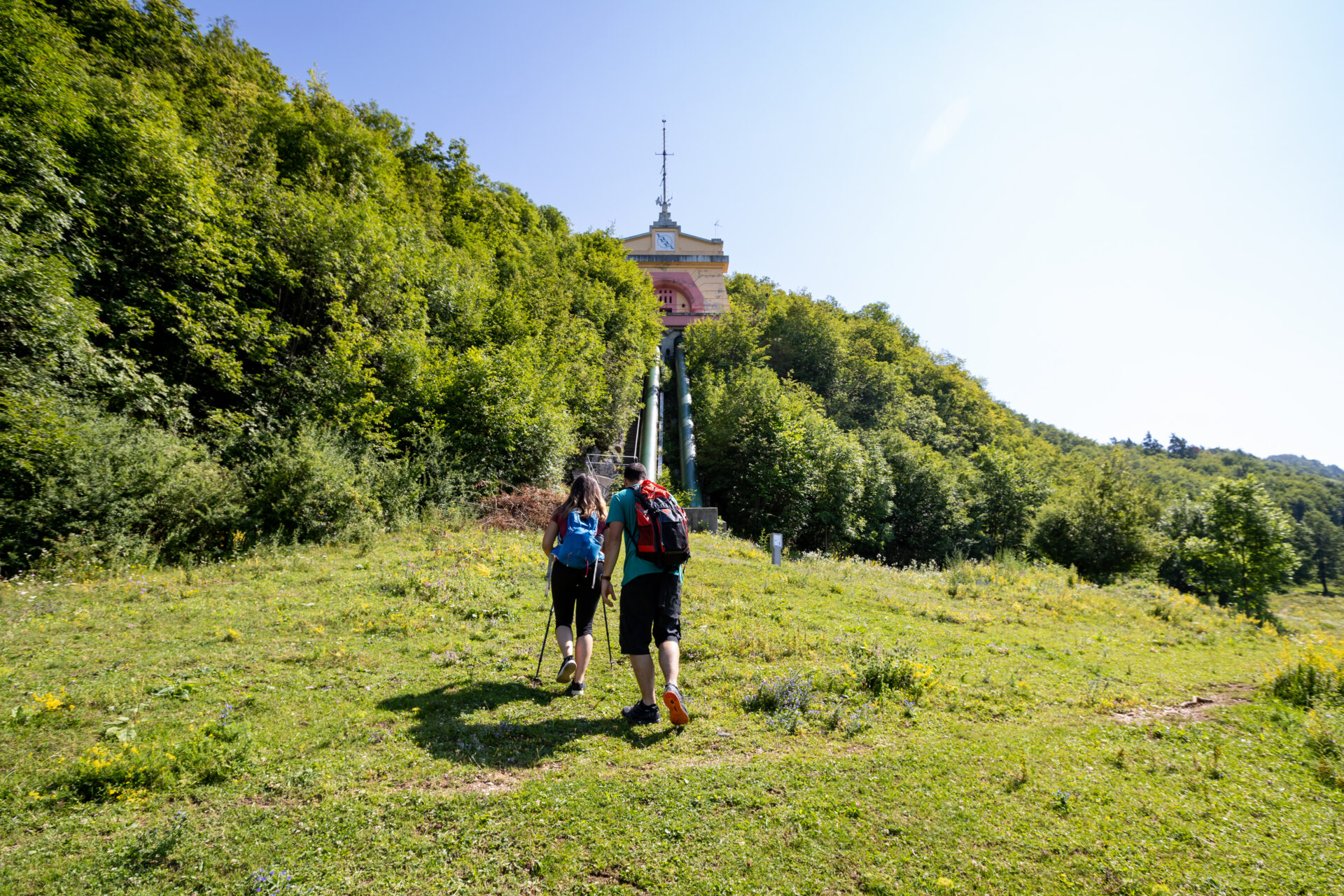 Steep steps lead up beside the pipe to the top of the surge tank above Žirovnica, Photo: Mitja Sodja, Source: The Julian Alps Community

Climb the steps to reach a platform from where there are wonderful views. 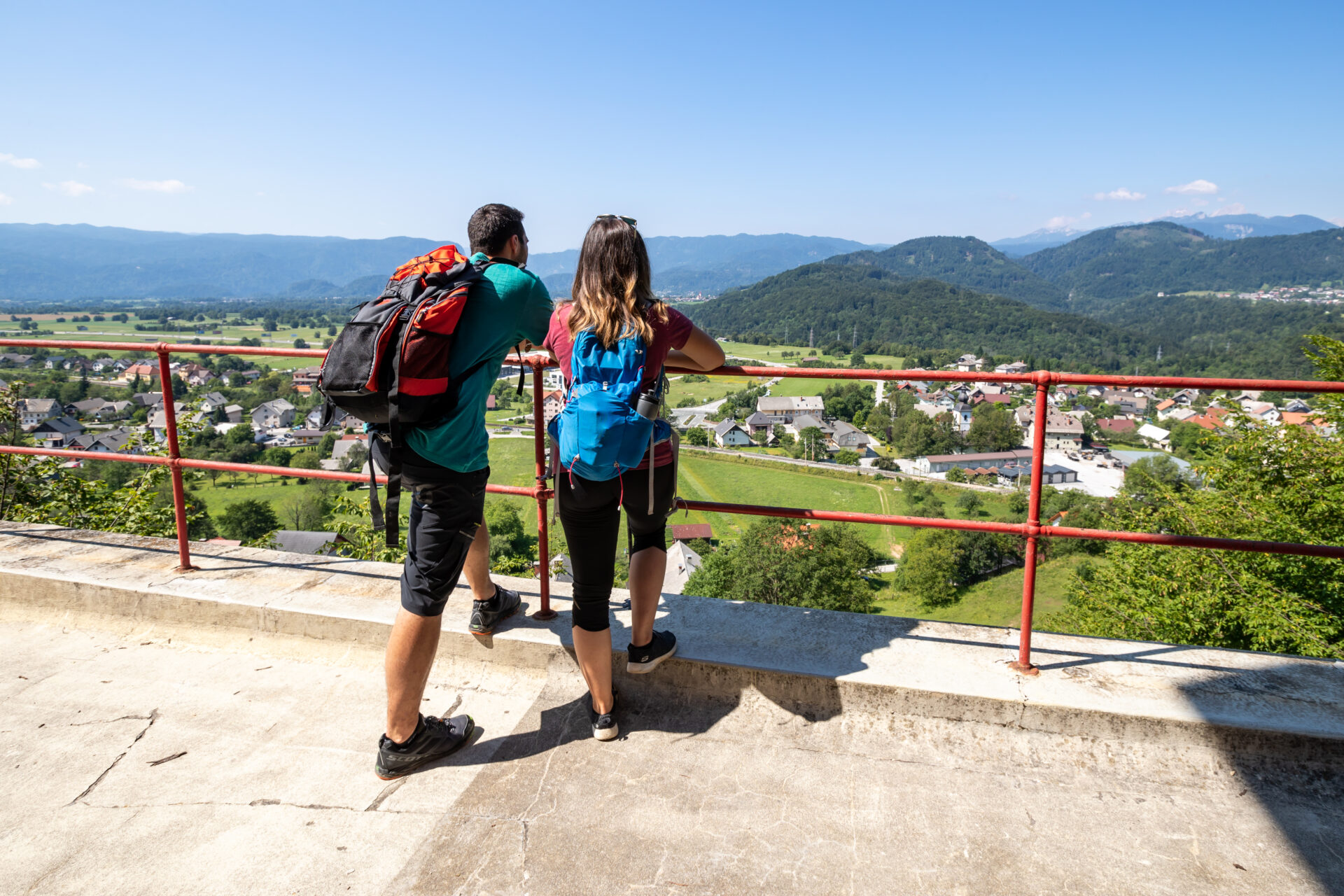 To the west of the surge tank a narrow forest path leads to a level trail that first leads through a tunnel of the former narrow-gauge railway to the shady side of the Peči ridge, which is the far north-western part of the Kamnik-Savinja Alps. The wide path above the burbling Završnica stream is pleasantly shady with views throughout of magnificent Mt. Stol in the Karavanke mountains.

Should you wish to return to Žirovnica, you will soon see an opportunity to do so by taking the steps to the right carved into the rock, then ascend up to Brin vrh above Žirovnica from where it is just a short distance to return to the start point.

Alternatively, you can continue to the Završnica reservoir.

For those looking for an easier option, you can return on the same route, or alternatively cross the bridge back to the shady side of the reservoir and ascend via Mali vrh to the top of the ridge from where several paths lead back to Reber above the villages beneath Mt. Stol.