A Walk to the Turkish Cave

A sunny day beckons one to get outdoors. But where? If you don’t fancy the hike up to the Valvasorjev dom mountain hut, if the Završnica valley is in the shade too much for your liking, if the first snakes of the year have come out to bask in the sun on the Reber ridge, but you’d nevertheless like to head somewhere uphill, then a visit to the Turkish cave is the perfect choice!

Stops along the way:

Just cca. 50 metres onwards from the car park at the Završnica reservoir a macadam road branches off towards the Valvasorjev dom mountain hut and the mountain pastures beneath Mt. Stol. Just before the first sharp left bend take the trail to the right of road, which is also an easy mountain bike descent trail, continue through the forest and after 100 metres ascend back up to the macadam road.

Continue to the next sharp left bend, where there is a small macadam parking area and a wooden stand for bikes. The wooden bench that was installed next to the bike stand had a very short history, since it ‘disappeared’ within a month! 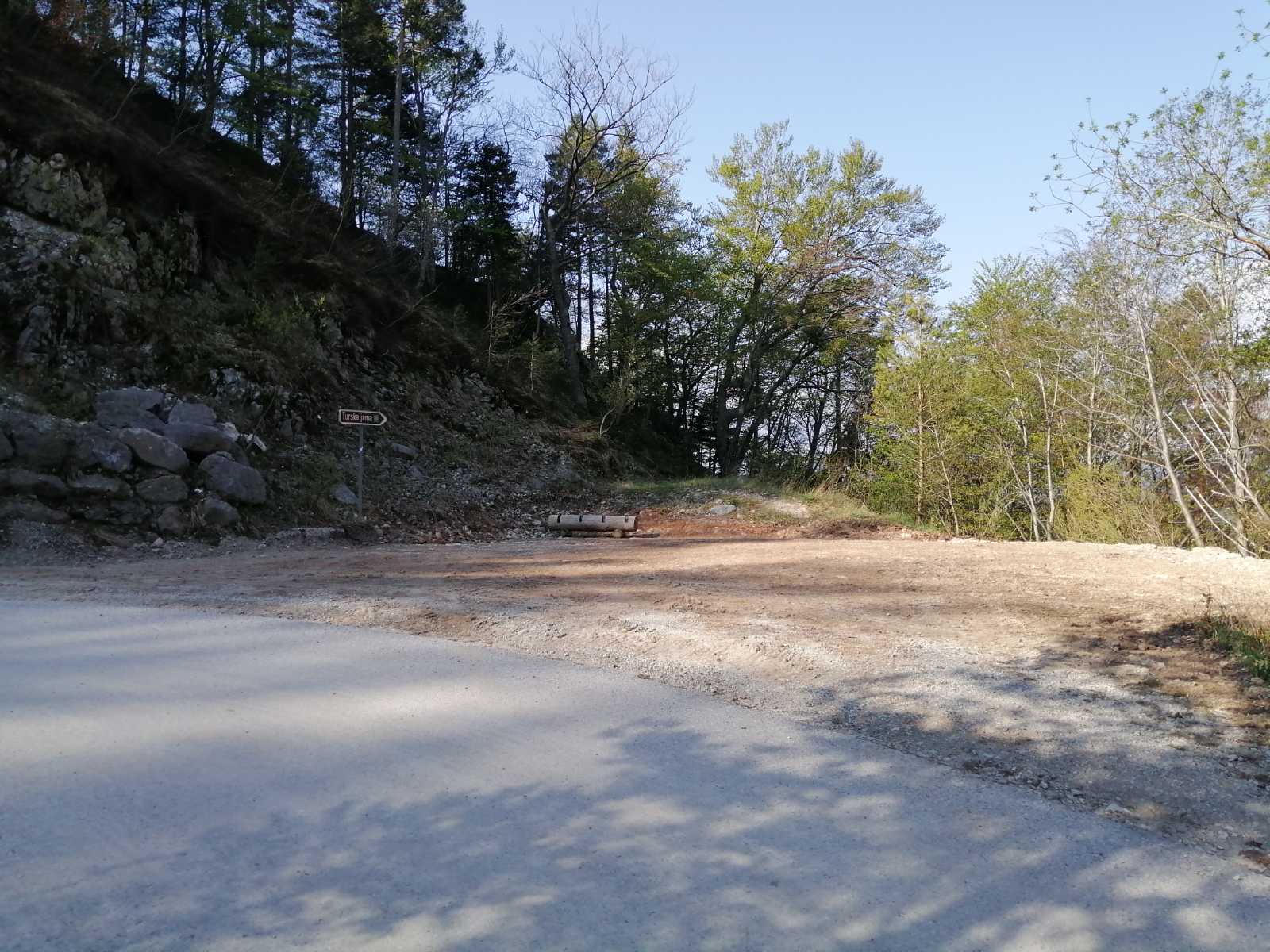 The macadam parking area and the wooden bike stand

On the right side of the bend a sign directs you straight on towards the Turkish cave (Turška jama). The trail which intersects a fairly steep slope is well maintained, though fallen leaves in autumn means extra care is required when walking. Just before reaching the cave the path ascends steeply. To make the climb easier, locals have installed a wooden fence and dug out steps, which make it easy to climb up to the entrance to the cave. 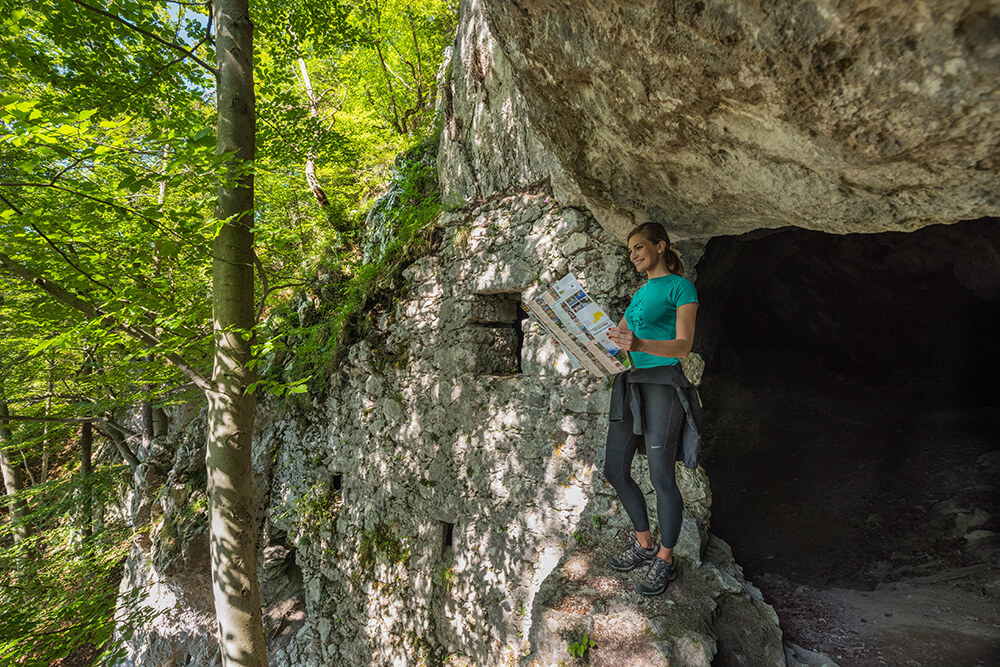 The Turkish cave, which rests carved into the rock beneath Gozdašnice, is also known as a medieval cave castle

In the times of the Turkish invasion in Carniola, the Turkish cave, as the name portrays, served as a hiding place for locals. In fact, it is said that the Turks only came to this area once or twice, around the years 1470 and 1475, then they were stopped by locals, most often in Bela Krajina. During the times of the Turkish invasions the entrance to the cave was partly walled in and a thick wooden door was affixed to the opening. The wooden door is no longer there, but the other lines that were intended for observation and defence are still visible on the external wall. On the ceiling of the cave there are visible remains of stalactites, which, unfortunately, visitors to the cave broke off throughout the years and took back to the valley as a souvenir. Over time, the wall also partially fell to ruins, therefore nowadays instead of one opening there are two.

You can climb through the upper opening to a small ledge, from where there are wonderful views of the Završnica valley, the Reber ridge and onwards towards Mt. Triglav. We advise against continuing onwards from the ledge, since the path is not marked and is on a steep slope full of leaves, hence walking is difficult and dangerous.

Those in good physical condition and wearing proper footwear can turn slightly right uphill from the ledge and descend via the saddle on the other side to reach the trail that leads to the Hudič babo pere waterfall. Note: this path is demanding and should only be attempted by experienced hikers, therefore for others, we recommend that you return to the valley on the same path and, should you wish to visit the waterfall, do so on the path from the car park in the Završnica valley.

Allow cca. 1 hour for the hike to the cave and back. After your walk, we recommend quenching your thirst at the local Carniola microbrewery in Žirovnica. The range on offer is primarily focused on ales, with special attention placed on the range of quality ingredients. In addition to unique recipes, the exceptionally clean water from the Završnica valley contributes to the refined taste.