Matija Čop grew up at the time of the Napoleonic wars, when for four years the French held control over the Slovenian territory (the Illyrian Provinces) and, in particular, the sphere of education influenced cultural life. Following the restoration of Austrian rule, Metternich’s absolutism gained control and nipped in the bud any national and democratic movements which, due to strict censorship in the press, was particularly felt in Carniola (today’s Slovenia).

As regards the domain of culture, Čop and Prešeren lived at a time of emerging romanticism which, as opposed to classicism and the enlightenment, emphasised the individuality of man, the nation and its history, as well as the beauty of poetry, both in content and aesthetic form.

Matija Čop was born on 26 January 1797 in the small northern Carniolan village of Žirovnica, in what was then the Habsburg Monarchy (today’s Slovenia). In 1807 he was sent to Ljubljana for primary and secondary schooling and then studied philosophy at the lyceum of Ljubljana. He finished the third class of philosophy in Vienna. During this time Čop was a regular visitor to Vienna’s libraries, where he read original literary works. He was fluent in 19 languages. In 1817 he returned from Vienna and attended a priest seminary until 1820 when he left to become a secondary school professor. As a teacher of classic languages, Čop taught in Rijeka, and later in Lvov in Galicia (where for two years he also held the post of probationary lecturer at the Lviv University) and finally in Ljubljana, from 1827 to 1830, when he became a librarian in the Lyceum library. In those days, the library was in a state of disorder. It had no basic catalogues, stacks of books were waiting to be processed and mandatory copies of books failed to arrive. Čop set to work with great diligence. He submitted a plan for a fundamental reorganisation of the library. The governor approved the plan, and the library gradually gained a completely new image.

In 1828 France Prešeren returned from Vienna. He had known Čop from a young age and the pair had become good friends. Čop had a profound knowledge of classical languages and literature. He discovered an exceptional talent in Prešeren that corresponded to his idea of secular and formal poetry in Slovenia, and he communicated all his extensive knowledge to him. For the same reason, he initiated the publishing of the poetry almanac Kranjska Čbelica (Carniolan Bee), through which he had a desire to bring the Slovene language closer to the educated public (the official language at that time was German). Although different in character, the two men were extremely close in their views on literary art and Slovenian cultural issues. To Prešeren, Čop was an understanding literary advisor, above all in the domain of poetic forms.

In the summer of 1835 at the at age 38, Matija Čop drowned while swimming in the Sava river. Prešeren was deeply distressed by Čop’s death. While mourning for Čop, he wrote the poems V spomin Matije Čopa (In Memory of Matija Čop), an epitaph, and he also dedicated his epic poem Krst pri Savici (Baptism at the Savica Waterfall) to him.

Čop is the first Slovenian literary reviewer and historian. For Šafarik’s Geschichte der slawischen Sprache und Literatur (History of the Slavic Language and Literature) wrote a survey of Slovenian literature up to that period. However, his most important work was the critical paper Slowenische ABC-Krieg) Slovenian ABC War), in which he dismissed the clumsy alphabet that had been introduced by Franc Metelko into Slovenian orthography.

Today Čop is generally regarded as one of the most important Slovenian intellectuals of the 19th century. Several streets, schools and other institutions throughout Slovenia bear his name, among them the fashionable Čop Street in Ljubljana, which is connected to Prešeren Square. Čop was also deemed to be the first Slovenian librarian, which is why the highest award in the domain of librarianship – the Čop Diploma – is named after him. 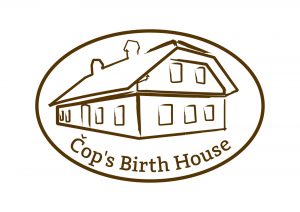