France Prešeren was born on 3 December 1800 in the Upper Carniolan village of Vrba, then part of the Habsburg Monarchy. He lived in his native village until the age of seven, and later returned to Vrba only occasionally. The gifted eight-year-old farmer’s son was taken by his father to his great uncle Joseph, the parish priest at Kopanj near Grosuplje, to begin his education. He finished the first two classes of primary school in Ribnica, the third one in Ljubljana, where he also finished the secondary school followed by two years of philosophy. He learnt Latin, Ancient Greek, and German at a very young age, the latter was then the language of education, administration and high culture in most areas inhabited by Slovenes. In 1821 Prešeren travelled to Vienna where he finished the third year of philosophy. He enrolled at the University of Vienna, where he studied law, against the wishes of his mother who wanted him to become a priest. Prešeren’s education was funded by his great uncle Jožef, while he was also a recipient of a Knafelj scholarship in Vienna. During his studies he worked as a teacher at the Catholic Youth Institute and as a private tutor.

After acquiring a law degree in 1828, Prešeren returned to Ljubljana where he was employed as an assistant in the firm of the lawyer Leopold Baumgartner. During this time he became friends with the philologist Matija Čop, who had an extremely important influence on the development of Prešeren’s poetry. Together they fought a ‘battle’ for the use of Slovenian language in literature, known as the ‘Alphabet War’. In 1832 Prešeren passed the bar exam in Klagenfurt and immediately applied for an independent lawyer’s position. He was rejected and this began a 14-year period in which he tried in vain to become an independent lawyer, as he was considered free-spirited and politically suspicious. During this time Prešeren wrote his first important poems, Slovo od mladosti (A Farewell to Youth) and Sonetje nesreče (Sonnets of Misfortune). He played a big role in establishing the literary almanac Krajnska čbelica (The Carniolan Bee), which was edited by the librarian Miha Kastelic, and where he published many of his poems, such as Povodni mož (The Waterman), Lenora, and others.

In spring 1833 Prešeren met Julija Primic, the daughter of a rich merchant, in the Trnovo church in Ljubljana. Julija became the unfulfilled love of his life and greatly influenced his future poetry writing and also, partly, his life. Prešeren dedicated several of his poems to her, the most famous among them the 1834 Sonetni venec (Wreath of Sonnets). Julija later married Prešeren’s schoolmate, von Scheuchenstuehl, a wealthy nobleman and judge. Prešeren followed Čop’s advice and transformed Julija into a poetic figure, reminiscent of Dante’s Beatrice and Petrarch’s Laura.

In 1835 the poet’s great uncle Jožef, who always supported him, died. The same year Matija Čop drowned in the Sava river. After Čop’s death, Prešeren became close friends with a young Polish political activist from Galicia, Emil Korytko, a collector of folk songs. Unfortunately, Korytko died in 1839 and when in 1840 another of Prešeren’s good friends, Andrej Smole, died suddenly, it led Prešeren into a life, and creative, crisis. During this time the poet became involved with the teenager Ana Jelovšek, who gave birth to his three illegitimate children: Terezija (1839-1840), Ernestina (1842-1917) and France (1845-1855).

In 1846 Prešeren was finally granted an independent law office in Kranj. It was here where he finally awaited the publication of his poetry collection ‘Poetry’ (Poezije), which he had been preparing since 1844. Zdravljica (A Toast), a poem in which Prešeren advocated the independence of Slovenes and the equality of all nations, was removed from the collection due to censorship. It could only be published after the March Revolution of 1848.

In 1991 the seventh stanza of Zdravljica (A Toast) was declared the Slovenian national anthem. The day of Prešeren’s death is a Slovenian cultural holiday. The highest recognition of the Republic of Slovenia for achievements in the field of art is called the Prešeren Award. There are many streets, squares, schools and theatres named after him. Prešeren’s legacy in Slovene culture is enormous. He is generally regarded as the national poet and one of the greatest European Romanticists. 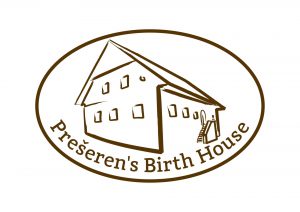