”It is around St. Ann’s Day that Gorenjska mountains are in blossom to the tops. Flowers are dangling from the rock shelves. No girl decorates her window so beautifully. Green calmness smells sweetly above the precipices. No garden is planted more nicely” (Janez Jalen, Shepherd Marko)

Janez Jalen was a real folk storyteller and a fan of beautiful nature and wildlife. He was very attached to his home environment and, above all, was an admirer of beautiful Slovene words. He was always ready to roll up his sleeves in defence of the Slovene language. Jalen often encountered problems in his life, so his rebel character came to serve him well. He was known among friends for his humorous nature.

Janez Jalen was born on 26 May 1891 into a rural family in the Upper Carniolan village of Rodine as the youngest of ten children. Janez was 10 years old when his father, who worked as a sexton and a miner, died. It was his father that awakened in him a great interest in nature early on in his life by telling him different stories about the past life of people in the villages below Mt. Stol.

Jalen attended primary school in Breznica from 1897 to 1901. The priest of Breznica supported him after his father’s death. He was sent first to secondary school in Ljubljana and later to Kranj. He decided to study theology in Ljubljana as he was promised that this profession would provide him with enough free time to dedicate his life to literature. As a priest he served in various places within the Ljubljana diocese. His first pastoral appointment was in Srednja vas near Bohinj. During World War I Jalen was mobilised into the Austrian Army and served as a curate in the Lebring Army Camp near Graz. After the war Jalen served as a priest in a number of places around Slovenia: Črnomelj, Stara Loka, Trnovo, Notranje Gorice and Ljubljana, from where he took early retirement and assisted in the making of the first Slovenian motion picture Triglavske strmine, 1932 (The Steep Slopes of Triglav) for which he also wrote the script. Following World War II Jalen re-entered service and was priest in Grahovo and finally in Ljubno where he died. He is buried in Rodine.

Janez Jalen is one of the most widely read Slovenian classical writers. The heroes of Jalen’s works are farmers, shepherds and wild hunters, and his works are rich in descriptions of vegetation, animals and natural phenomena. In his early period Jalen dedicated most of his time to writing plays depicting rural life at the time of the First World War. Among these are Nevesta (Bride), Grobovi (Graves), Dom (Home), Srenja (The Common), and Bratje (Brothers). He later began writing prose, in which he also dealt with rural life – albeit in a slightly idyllic way. His first novel, Ovčar Marko (Shepherd Marko), was originally published in instalments of the magazine Mladika in 1928, a book of which was published a year later. In 1958 it was re-published as the first part of Vozarji, an intended series about rural life. Jalen died before he was able to publish the last volume. The story Ovčar Marko (Shepherd Marko) has some historical background. It takes place in the writer’s birth parish, in the villages squeezed below Peči, and on the mountain pastures at the bottom of the slopes of Mt. Vrtača, Begunjščica and Stol.

Jalen was awarded several prizes for his short stories. His best-known work is a tale of a prehistoric people living on the marshes south of Ljubljana, titled Bobri (Beavers), which was published in three parts (Sam, Rod, Vrh; 1942–43). On his death in 1966 a number of works remained unfinished and unpublished.

Jalen was also a mountaineer, a member of the Skala in Aljaževci Alpine Society. He climbed together with the legends of Slovenian alpinism Joež Čop, Stanko Tominšek and Pavla Jesih. He always adhered to the principle that good books are valued because of their weighty content, not expensive covers, as girls are valued by the beauty of their soul rather than a painted face. 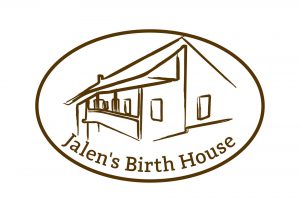