Fran Saleški Finžgar was born on 9 February 1871 into a poor peasant family in the Upper Carniolan village of Doslovče, in what was then the Austro-Hungarian Empire. His homestead, the Dolenc cottage, was known for weaving, a craft practiced by his grandfather. The writer’s father was also a skillful tailor and an excellent storyteller. Finžgar attended public school in Breznica and Radovljica, as well as a grammar school in Ljubljana, where he completed his studies in theology. Finžgar was ordained as a priest in 1894 and worked in various parishes in Upper Carniola and Ljubljana until 1936 when he retired. At the end of World War II, a bomb dropped on his house in Mirje, Ljubljana, which caused him to become deaf. He died in 1962 in Ljubljana at the age of 91 and is buried at the Žale cemetery.

Finžgar started his literary career as a poet – he published an epic titled Triglav. Later he turned to prose, and is perhaps the most popular Slovene folk writer, who, in addition, wrote a number of plays. His novels and short stories are written in the neo-romantic style, depicting rural and small-town life. Finžgar is best known for his patriotic historical novel Pod svobodnim soncem (Under the Free Sun), written between 1906 and 1907. The novel is set in the 6th century AD and describes the conflict between South Slavic tribes and the Byzantines. Finžgar also wrote short stories and tales for children, the best known of which is Gospod Hudournik (Mister Torrent).

Finžgar was among the first members of the Slovene Academy of Sciences and Arts. He was secretary and editor of the Mohorjeva družba publishing house, the president of the Nova založba publishing house and he also edited the family magazine Mladika (The Shoot). In 1951 he received the Prešeren Award for lifetime achievements.

The architect Jože Plečnik was Finžgar’s close friend and personal advisor. When Finžgar served as a priest in the parish of Trnovo in Ljubljana, Plečnik was his neighbour. In the late 1920s Finžgar commissioned his architect friend to renovate the Trnovo parish church.

Finžgar was the initiator of the public arrangement of Prešeren’s House in Vrba, which opened as a museum in 1939 and is the first birth house of any important Slovene converted into a museum.

“Never write urgently. When you feel the inner command that you have to tell people something, tell it wholeheartedly. If it is worth living it will live, if it is not, it is right if it disappears. Write your language, which is the heritage of our nation, and do not counterfeit” (Fran Saleški Finžgar) 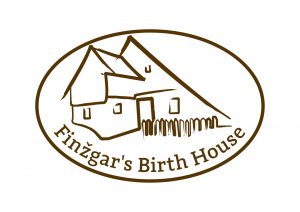