The first beekeeping teacher at the imperial court in Vienna

Anton Janša was born in a simple, peasant family, on the 20th May 1734 in the village of Breznica in Upper Carniola region (part of the Austro- Hungarian empire, today Slovenia). His birth house, positioned next to the apiary, was preserved until 1907.

As a young man Anton showed a great talent for painting, as did his younger brothers Lovro and Valentin. They arranged to have a simple painting studio at their homestead’s barn. In 1766 all three brothers, despite being illiterate, went to Vienna and entered the Fine Arts Academy. Lovro in Valentin became renown painters in Vienna, while Anton, although also very successful at the painting school, found his life call in beekeeping. In 1769 the Habsburg Empress Maria Theresa wanted to improve the knowledge about beekeeping and was looking for a teacher at the newly founded beekeeping school. Anton found himself at the crossroads; to continue his studies or to work in a field of agriculture which he adored from childhood on. He decided he is going to contribute more if he passes on his profound knowledge about beekeeping. On 6 April 1770 with an official imperial decree Anton became the first imperially-appointed teacher of apiculture in Augarten in Vienna. His work included journeys during which he spread and promoted beekeeping in Austrian lands, gave practical lessons about new scientific findings and his own observations and wrote professional books. He wrote two important books on apiculture in German. The first book, Razpravo o rojenju čebel (A Discussion on the Swarming of Bees), published in 1771, was translated into the Slovene language in 1906. The second book, Popolni nauk o čebelarstvu (A Complete Guide to Beekeeping), published in 1775 after his death, was translated into Slovene in 1792 and was the first Slovenian book on beekeeping. Following Janša’s death, Empress Maria Theresa issued a decree by which all teachers of beekeeping had to teach according to Janša’s books. Even today these two books present a basic reading for every new beekeeper and are translated to many foreign languages. Anton Janša died on the 13. September 1773 in Vienna.

The most important contributions towards development of beekeeping provided by Anton Janša: changing the size and shape of hives to a form where they can be stacked together like blocks in order to enable moving more hives to various pastures. His beekeeping methods were based on the old knowledge from his father’s homeland- he introduced the authentic Slovenian bee– APIS MELIFERA CARNICA to the rest of the world, invented couple of handy beekeeping tools and was the first to discover the role and importance of drones in the hive (Janša rejected the belief that the male bees are water carriers and assumed that the queen-bee is fertilized mid-air by drones). All new discovers by Anton Janša were later confirmed by the science.

In one of his books he noted: Bees are a type of fly, hardworking, created by God to provide man with all needed honey and wax. Amongst all God’s beings there are none so hard working and useful to man with so little attention needed for its keep as the bee.

Anton Janša is considered the greatest Slovenian beekeeper. His birthday was on 20th May, and in 2017 this date was officially announced as World Bee Day. 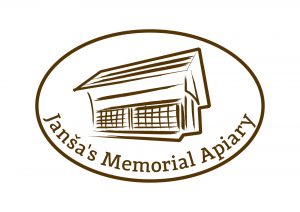